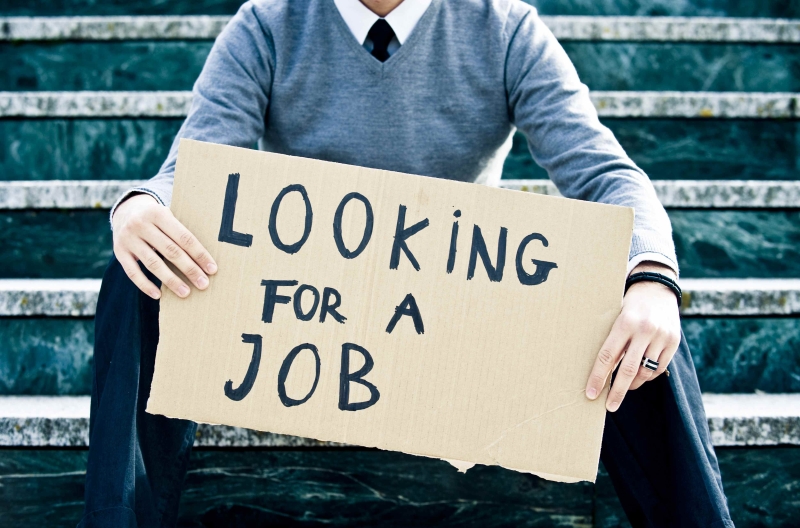 Despite low “official” unemployment numbers, most real Americans are unemployed and unable to pay their bills or rent. This is even despite spending 4 to 6 years at a university to get a “degree”. What is it so hard, even impossible for you to find a job? Let’s look at the top 5 sociological reasons which it’s nearly impossible for you to find a job in America even if you have a college degree.

5 There aren't any jobs The Truth Despite some fake "unemployment rate" which blatantly lies about unemployment with "official" numbers of anywhere from 3 to 9 percent, this excludes the additional 40% to 50% of the real unemployed due to various factors like "stopped looking for a job even though they wanted one" and "earned at least $25 per month" which is literally actually unemployed but not counted in the "official" unemployment percent.

The truth is that the real unemployment rate in the United States is somewhere between 50% to 60%, and as a result the handful of decent jobs out there are inundated with applicants. You could probably find a crummy "job" like flipping burgers at McDonalds, but that isn't what you took out $50,000 in student loans for a university-level education to spend your life with grease splattered all over your face. Making $7 per hour at a fast food restaurant which can't even pay your rent, is not "employment", especially when you are highly qualified. The Truth The job market is now so competitive due to a severe lack of jobs, that some people are just giving up with honesty and trying to come up with the most believable and convincing lies and "stretched truths". The ones who are the best liars and manipulators are the ones who usually beat out the actually-qualified people with high integrity that refuse to embellish facts, and who tend to be open and honest.

The companies have so many applicants that their standards for the job are significantly higher than reason or reality, so much so that the only person they will accept will be someone who lies and tricks the company into believing their are getting a superhuman that in reality can't actually exist or is a 1 in a million who is far too qualified for their position and would never apply there in the first place.

Does this mean you should become a liar and try to manipulate your way into a position? No, because if you aren't already a liar then you aren't gong to become a master liar overnight to be able to beat out the master liars who have been training their whole life as liars and manipulators. All you'll do is get blacklisted from the job and possibly even prosecuted if you gained a job on false pretenses. The Truth No, not against "minorities". Against whites, especially white males. White males make up the highest demographic of involuntary unemployed in the United States. Because interviewers are forced to reach "diversity quotas", which now exceed white people - they must hire majority non-white workers - often interviewers will be forced to reject anyone who puts "white", especially "white male" on their resume, despite it clearly stating it will have no impact on the position.

This is proven because many white people have begun "declining to state" their race and gender, and this simple change has resulted in far higher calls for interviews. Of course, this still won't get them the job because as soon as the interviewer sees they are white, they will not hire them because they have "diversity quotas" to fill, which simply means they are forced by the government to hire less-qualified non-whites instead of high-qualified whites. Any time you see "we are EEO" on a job, if you are white, you will have a very hard time getting that job (unless you are in some "minority" class like lbgt or transgender).

2 Companies are discriminatory against males The Truth Companies have become so liberalized and pacified and politically correct that even just being a male is enough to overlook you for the job most of the time. If they are still willing to hire a male, they expect an extreme-left, pathetic passive male who will do exactly what they are told without questioning it, never act like a human man in any way, and dredge away at meaningless work without complaint. Any male who has their own mind, and acts like a human male instead of acting like a pacified female, is going to be considered "abrasive" and therefore rejected by most pathetic interviewers. 1 A foreigner beat you out of the job you deserve The Truth Immigration is so high today that in many major cities in the United States, immigrants actually exceed the population of native citizens. Especially for high-skilled jobs like the technology field, and for large companies, the job you went to college for will most likely be handed to a foreigner from Asia, India, Pakistan, or other Muslim country.

They really are taking our jobs - not just low skilled labor, but also high skilled, college-educated positions. See these charts below. 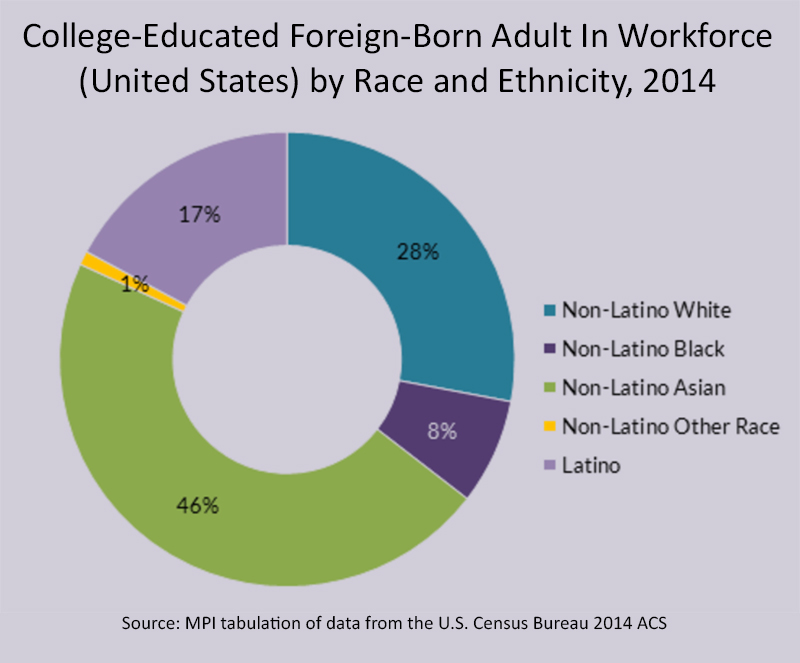 Share of Computer-Related Workers Among All Approved H-1B Petitions, 2004 - 2014

When you apply for that high-paid job, the only way you will get it, especially if you are a white male, is that you are a weak-minded, pathetic, feminine, pacified, conformist, and there are no qualified or unqualified non-whites, foreigners, gays or transgenders, or women applying to the same job. The likelihood of this is extremely low, so that is why most white Americans, especially white male Americans, cannot find a job.

If you get a decent normal job in America paying over $30,000 per year, as a normal white male, you are in one of the 1% of all white Americans who have such an opportunity. The rest of the white males in the U.S. – especially conservatives, which make up the vast majority – are stuck unemployed, with only a handful even able to get a job at a fast food restaurant, even with a graduate degree.

Is finding a job in America hopeless? So, what can you do? Well, you can’t change the country overnight, especially if you have no money and actually need a job. Only the rich can make a difference in domestic policy. Therefore, the only thing you can do is keep trying to find a job, but in the meantime get out of the mindset of the 9-5 employee and begin thinking like an entrepreneur.

Millions of Americans have given up on the job search after being repeatedly turned down for the perfect jobs which they are highly qualified for, and instead started their own business. Just watch out – NEVER pay for a “work at home” program, they are all scams. Starting your own business is as simple as coming up with a product or service, and finding people to buy it. That’s all folks! Just have a product or service and sell it, and that is how you work at home.

It is no longer reasonable for an American, especially white male American, to depend on a traditional job for their future. Even if you get a job, there is no telling how long it will last. More than likely, you will get fired without cause and your job will be given to a non-white or a non-American foreigner. Therefore, the only job security you can possibly have in America today is self-employment. If you have the skill to come up with a product or service and create a business, then you can always be confident you will always have a job and be able to pay the bills, even if it isn’t as consistent as a biweekly paycheck.

Need money for college? Don’t take out a student loan! Here is what you should do instead, and why