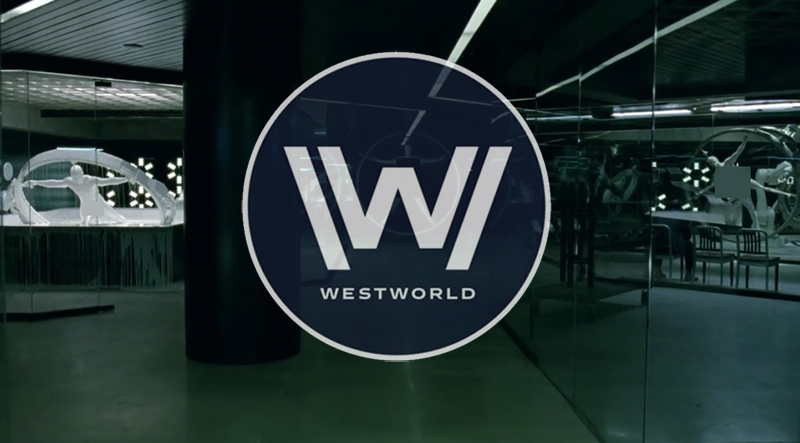 Westworld is a new series that just started through the premium channel HBO. Despite having an amazing plot that could be utilized to create a stellar show, this is a show you should never, ever watch.

Westworld is basically about a world where robotics are so advanced that you cannot tell between human and android. The androids, called “hosts” have flesh and blood just like humans, and are virtually indistinguishable down to the very microexpressions.

In ways, the storyline is similar to the “Hostel” horror movies (do not EVER watch those, for your own sanity!), except that in the Hostel movies the “hosts” were kidnapped real humans, whereas in Westworld, the hosts are robotic androids. Also, the “guests” (real people) cannot be hurt by the hosts, supposedly.

Westworld shows the hosts getting shot at multiple times but the bullets appear to turn into dust and the guest is unharmed, so I’m not sure what’s going on there. Maybe the bullets in the host guns are fake, that seems to be the logical explanation. In episode 2 it shows one of the hosts uncovering a gun that was buried, perhaps that’s one of the real guns, but I will never know because I cannot subject my brain to another minute of this horrible show.

Another possibility is that it is virtual reality where the person is projected into another android through an immersive and technologically advanced VR which rivals that of Steven King’s Lawnmower Man (1992). It couldn’t be fully virtual because the androids (hosts) are physically affected like being shot. Or perhaps it’s not VR at all and I only just came up with that idea. However, from the way they say many times throughout the show how they hosts are programmed not to hurt the guests, it does imply that the guests really are there in the Westworld park in real life. I will probably google it later to satisfy my curiosity. The interesting bit comes in because it appears that the androids are becoming possibly sentient and able to access earlier deleted memories of the atrocities committed upon them. As a result they are becoming “psychologically” unstable (don’t know what you would call an android who is breaking down mentally), and as a result not conforming to their roles, since they are actually fully programmed robots who are supposed to be fully controlled by their software.

This all sounds interesting, and like I said, the plot alone is a stellar plot with so much potential. There is the potential for existential philosophical ideologies and potentially eye-opening to make people contemplate our very existence and what it means to be a human. I am not at all dismissing the ingenuity behind it.

However, the real problem with Westworld is that the writers are depraved, ungodly, potentially psychopaths or sociopaths (in real life), completely twisted and depraved evil people who have no business writing stories that speaks to the masses (in real life). This twisted, downright evil show, falls in two categories: an evil, depraved, twisted philosophical view of the world, which promotes evil agendas; and blatant all-encompassing nudity (including rape and miscegenation) that composes a very large portion of Westworld.

On the first front, there is the twisted, ungodly ideologies which are promoted through Westworld. It is a brilliant plot, but, very horrifying to realize, the writers have the goal to culture an ideology of ungodliness and pursue a very dangerous attempt to destroy the sanctity of human life (in real life, in the minds of the viewers).

Westworld makes people think about the idea, “What would you do if there were no bounds? What if you could do anything – rape, murder, absolutely anything, with zero consequences?” It’s basically “Grand Theft Auto” on steroids. But instead of being unbiased, the writing is very clear in suggesting the evil and depraved idea that humans are depraved people deep down.

Personally, I believe that God created humans in His own image. All people are created beautiful, both inside and out. Although many people do take a dark path in life – such as the writers of this show, for example – the fact remains that since God created humans in His own image, then there must be at the heart of humanity a goodness that is the real core of humanity.

I purport then, that all sin and depravity is a corruption of humanity’s original inherent goodness. However, Westworld tries to brainwash people to believe that deep down, we are depraved and evil, and if given the chance would choose to rape and murder and pillage and do great evils.

I believe this to be completely and utterly false, even a demonic notion which goes all the way back to the Garden of Eden where the devil tricked Eve, the first woman, into taking a bite of the forbidden fruit. It has always been the same story – trick and corrupt humanity through lies and deceptions. That is why Satan is called the “father of lies” and “the deceiver”.

So, while there is so much opportunity for an excellent show with such a plot, there are also depraved writers who have an entirely different and twisted, even demented ideology that they are attempting to brainwash the masses with. One of their specific goals is to corrupt the sanctity of human life by twisting people’s minds into seeing other humans as objects, not living beings. Despite the viewing audience knowing it is an android (in real life), the damage is still done.

Further, it twists people into believing that at heart, deep down, that their core nature is that of evil, not good. Which is a complete and total lie. Although I do believe there are some people who are rotten to the very core, this is not by design but it is because they have denied God and denied good and sought nothing but selfish, carnal pleasures and pursued evil until they destroyed and replaced any good that was left in them. However, I believe that as a whole in humanity, this level of human corruption is the exception rather than the rule. On the second front, there is a large amount of explicit sexuality in this depraved show, Westworld. In episode 1 there is a scene in which the full naked female body is shown, which is supposed to be an android. But there is no scene which so carelessly and shamelessly shows a calm and fully exposed female body. Worse, there are several explicit scenes of sex and rape of these androids.

However, the greatest depraved sexuality is in episode 2 where there is a scene of a fully naked black woman just running around for like 5 minutes. I had my hand in front of my eyes the whole scene although I was slightly scarred over the course of a few fractions of a second before I put my hand over my eyes only enough to view the very top corner of the screen until the scene was over.

This is something that absolutely no one should ever have to see, especially people of other races. (Bear with me before you scream “racist!” and shut off your brain.)

This will be psychologically scarring for people of other races, because black people have a slightly different physiology, and exposing people of other races to this is something that God never intended. Aside from actively searching it out on the internet or committing the great evil of miscegenation, a person of another race would have never been exposed to the naked body of a black female (or any other race).

But wait – don’t get me wrong here. This is not a racist remark against black people. You must understand that God created black people beautiful in their own right as well. I am not saying that the black naked body is uglier than another race – not even in the slightest, that is not at all the point here.

The problem here is that, well first of all, no one should be exposed to a naked body running around, but most people are psychologically conditioned and desensitized as a result of the horribly evil television and media industries so that a naked white woman would not be as psychologically scarring because there is already desensitization to this. That is to say, the psychological scarring for seeing a fully naked white woman running around already exists, it is not new.

The reason race is important here is that since there is no desensitization to the female black African body since this kind of scene has practically never been shown before on public television (HBO’s True Blood did have some similar scenes in later seasons however). As a result, being exposed to a new form of depraved sexuality which the mind has not been desensitized to will further scar a person’s mind and result in further psychological damage.

It is clear that this and similar scenes are put into this show for one reason and one reason only – to promote miscegenation, and to try to scar people so that they are more desensitized to the idea of race mixing, which is a deadly, horrible evil. To further add to this, there are actually scenes of actual miscegenation in Westworld. I won’t even bother getting into the scenes of violence like mass murder, scalping, and heads bashed in with brains flying everywhere – the two reasons described above are reason enough to never watch this show.

Putting my hand in front of my eyes to block out all but the top corner of the screen helps a lot, but even being a great predictor still won’t shield you from all of it. And you can’t shield out the brain warping ideologies which are pushed. You can try to be conscious every moment of every scene, but if you miss anything that could sink deep down into your subconscious and corrupt you. And considering the entire show is basically a demonic brainwashing session, it’s better to avoid Westworld altogether.

All in all, you should absolutely, definitely avoid Westworld at all costs. I have deleted Westworld from my shows to watch and will not be watching any more episodes. Which is tragic, because I do like the idea of androids that look like humans who are starting to become sentient, and the philosophical thought that can be gleaned from it. However, firstly I cannot subject myself to being brainwashed by very clearly outright evil ideologies, and second I cannot subject myself to psychological scarring by the total sexual depravity in this horrible, evil, and demonically inspired show.

Age recommendation limit:
• No One