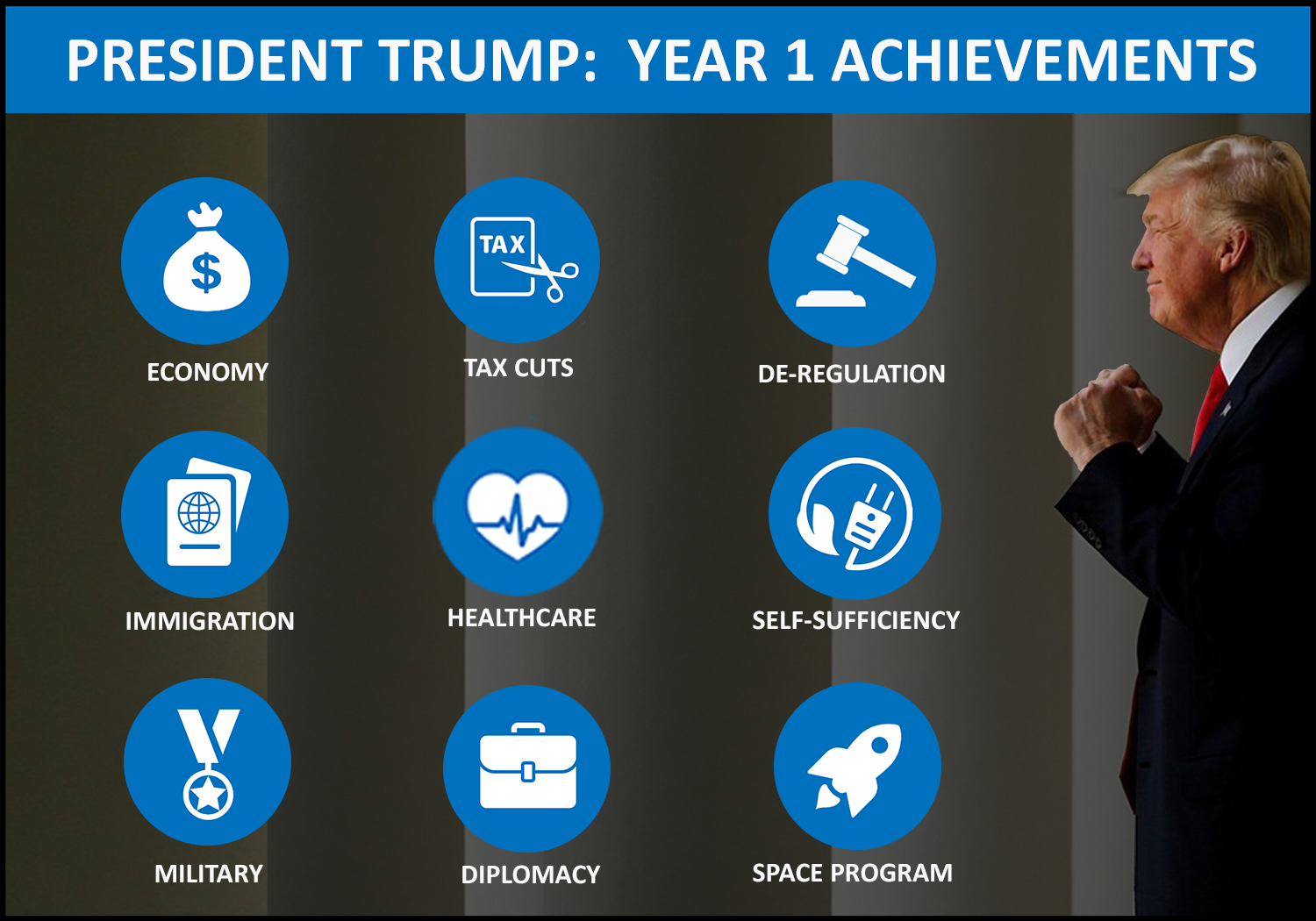 Fake news articles like CNN are a dime a dozen downplaying the historically booming economy since Trump took office 1 year ago. Anti-trump hysteria campaigns are well-funded by the unethical democrats who will do everything they can to discredit him.

Nonetheless, since Trump has taken office, he has done a huge service to America. From the booming economy to tax cuts and draining the swamp, here are many of the achievements Trump has accomplished in his first year in office.

• Dakota Access Pipeline – one of largest oil reserves in the world, now America can become less dependent on middle east and more self-sufficient as well as increasing jobs and financial security of America

• Constant lies, biased fake news, and paid shills & internet trolls made artificially low ratings
• Hillary still not in prison due to America not being a communist country & having due process
• Wall delayed due to unconstitutional defiance by traitorous liberal officials at every turn 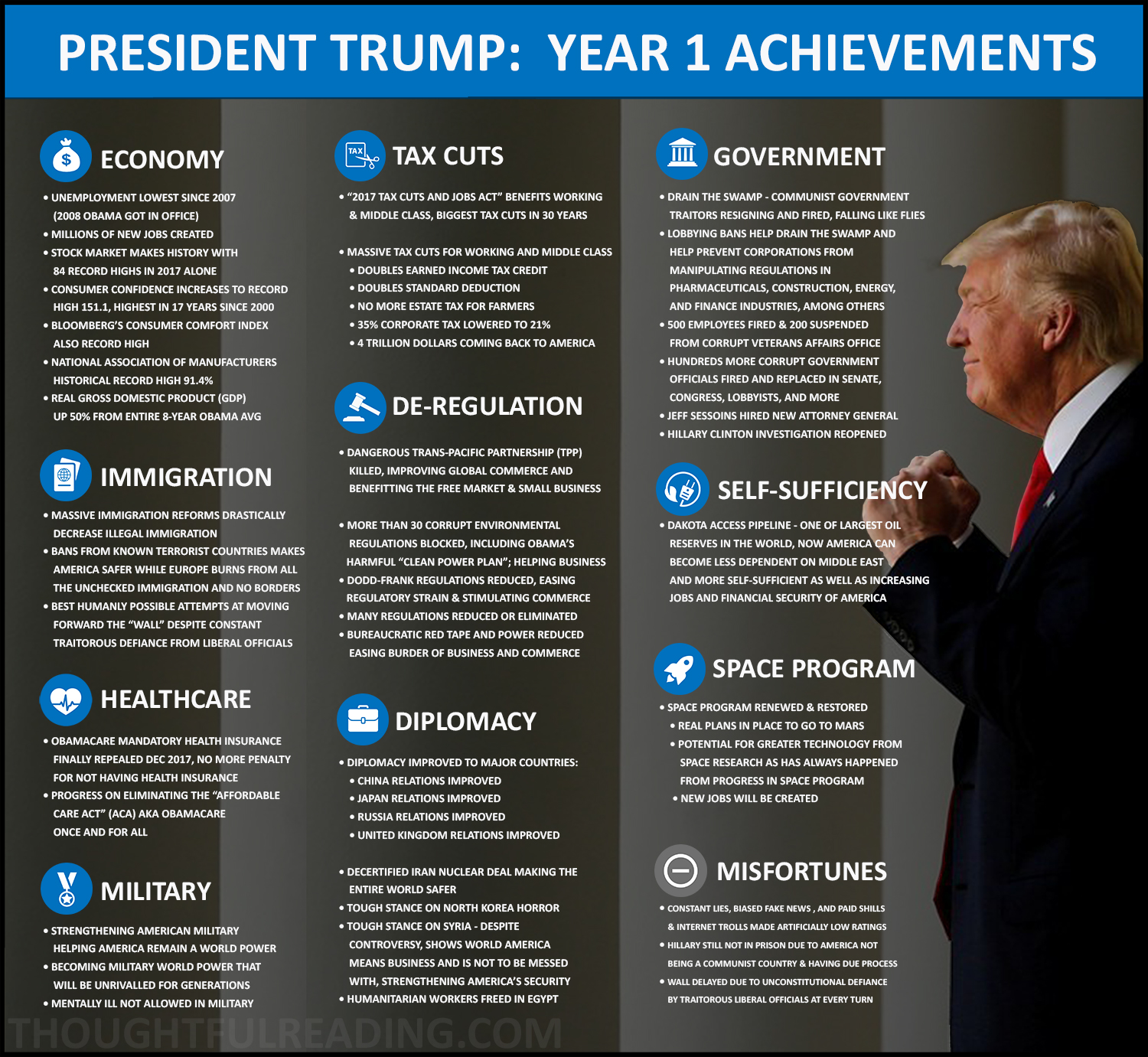