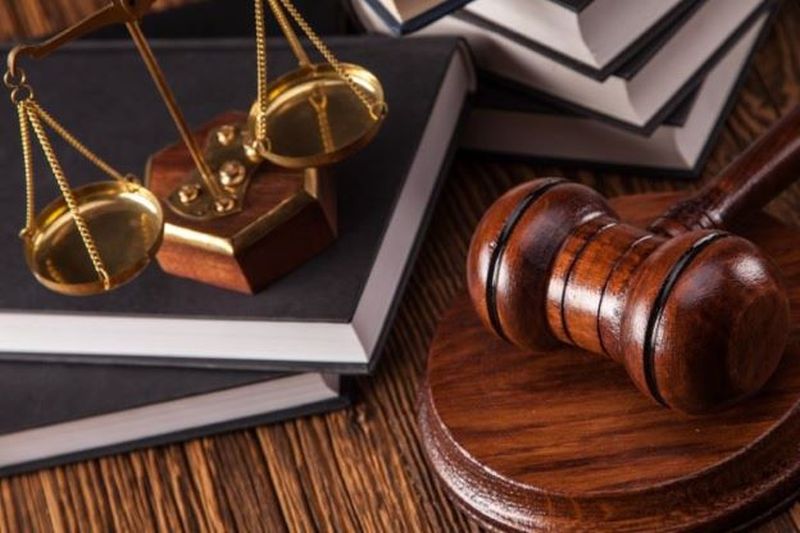 To understand this radical shift in ethical assertion of criminality, one must first discern what criminality is, and what it is not, in a cultural and historical perspective. Criminality would be defined in the present context as the disobeying of laws or refusal to conform, irregardless of the moral and ethical implications for such defiance. Historically in certain power structures and cultures, especially larger cultures and world superpowers, this has in fact remained relatively consistent.

The problem with such an ideology, that the mere disobeying of authority despite moral and ethical mandates is still considered criminal, even though in certain (and perhaps, most cases) there is nothing morally or ethically wrong with such defiance besides the defiance itself, is intrinsically flawed.

Take for example, a government which demands that its citizens commit murder. Morally, to any person presented with such a claim, it would seem obvious that this is morally wrong, and that such an order should not be followed. However, in fact, such extreme mandates are carries out, although using less direct measures.

Instead of simply forcing its citizens to murder others, the government attempts to redefine the morality of murder (the killing of another human) using a utilitarian perspective, such as in a war, where the government says that it is not “murder” per-se from a moral perspective because it benefits the greater good, in this case the defense of the home country.

However, is this true? Say that the government intends to start a particular war for the benefit of financial gain for the governmental officials and profiting parties, such as to create a military presence that gives the government access to steal natural resources from the enemy country, such as oil. In this case, there is no moral imperative for war that justifies the killing in war.

Instead, this is effectively the same as going to your neighbor’s house and shooting them in the head so you can steal money from their home safe. In this latter example, the morality is obvious – it is morally criminal to murder your neighbor for the reason of stealing their possessions which you have no right to. Likewise, a government who starts a war for the sole purpose of robbing another country, is also committing moral criminality. However, the soldiers which are used to commit this moral criminality – murder – are neither justified in doing so.

However, the soldiers are told by the government that in committing the murder in this war, they are morally justified, being they are fed the story that in doing so they are morally justified by enhancing the greater good – that is, the defense of their home country. Now, it is clear to the outsider aware of both implications that these soldiers are not justified in committing murder in this war. However, the ethical implications of such a dilemma are far more severe.

So, again, what is criminality? Is criminality based on not following one’s government and immoral laws? From a social and political perspective, this does seem to be the case. However, from a broader, ethical and objectively moral perspective, no, not everyone who the government considers “criminal” are actually criminal at all. Instead, they are innocent victims of a corrupt system.

Take for example someone who has failed to renew their driver’s license in a timely manner. And take for example it was a mistake, and they were not trying to defraud the government, so there is no immoral intentions of deception. According to the government and current laws, this person is considered a criminal, and will be treated so. If the person is pulled over while having a lapsed driver’s license, they will not be allowed to continue driving to their destination, their property will be seized (car towed), and they very well might be arrested. If not, they will be subject to appear in court to determine their criminal sentencing.

But, is this person a criminal? The government state says that this person is a criminal, but from a moral and ethical perspective, this person has doing nothing that harms themselves or anyone else in any way. In fact, this person should be commended from an ethical standpoint, because by committing this “crime”, they have helped provide income to the police officer, income to the courts, and have even paid “fines” which benefit others, not harm them.

Further, even the law mandating driver license renewal is an artificial construct. In fact, the law itself is immoral, because the absolute only goal and objective of the law is to generate profits for government officials and employees. For example, the state of Arizona has a driver’s license that lasts for 30 years. This means while someone in one state can be called a criminal and even subjected to slavery and physical and sexual abuse (prison) every few years for failing to renew this license, even by accident; in a different state like Arizona, the government would not call this person a criminal, because no license renewal is required at that time.

Therefore it is evident that morality and criminality, though implied that they are one and the same by our current social construct, in reality many laws have no basis in morality whatsoever. In fact, the laws themselves are criminal, and by association the accused criminality is in fact a criminal act on the part of the state, because the accused “criminal” is actually innocent from a moral standpoint.

Historically, there has been a similar construct that has been perpetrated by governments throughout the ages. It appears that the larger the government, the further away that the definition of criminality in that particular culture strays from objective morality.

Objective morality states that criminality is defined by an individual who intentionally (or in some cases like manslaughter from drunk driving, unintentionally) commits an act which is harmful to others. Some might say that it is also criminal for a person to commit an act that harms themselves, but this is dependent on the particular case. In general, however, criminality is only those acts which in some way shape or form, directly or indirectly cause harm to another. The majority of laws which define the state definition of criminality in our modern superpower government, do not in fact define moral criminality. In fact, these laws merely exploit the common, decent people, mostly the poor in our society, by making unavoidable things a crime, in order to directly profit the lawmakers and officials dependent on these laws for a salary. However, committing most of these so-called “criminal” acts are not morally wrong at all, besides the sole defiance of the law itself, if it is intentionally defied.

So should people be prosecuted from committing an act of supposed “criminality” which does no harm anyone? From a moral and ethical standpoint, absolutely not. Certainly, there are some laws which are morally just – and this includes murder, theft, vandalism, and other violent and harmful acts.

However, even the definition of supposed “violent” acts have to be clearly defined from a moral standpoint. For example, is tax evasion morally wrong? In almost all cases, absolutely not, at least, not in our current society. If someone walks into your business establishment and pulls a gun and demands you hand over half of your revenue, morally it is obvious that you are not morally obligated to do so. However, this is the same thing that is occurring with today’s taxes – except that the gun is not shown until after you refused to give it, and the robbers are more polite. They demand half of your business profits or personal earnings, and if you refuse to give it, the threat is violence at gunpoint on behalf of the government.

Even murder needs to be defined from a moral standpoint. While it is clearly morally wrong to go to your neighbor’s house and kill them to steal their money, what if it is your neighbor who came to your house to rob you, and pointed a gun at you? If you shoot them and kill them, this is not morally wrong, because it is in the defense of one’s own person and property. However, in today’s society, what makes the difference is not whether you killed them or not. Shockingly, as I have discovered through my travels, this is dependent solely on one factor: where you live. Why where you live? Because where you live is where the lawmakers have asserted their unrightful power to create the laws making a particular action innocent or a crime. For example, if you killed an armed intruder who threatened your life while living in Manhattan, New York, then you are the criminal for committing murder, (as well as a slew of other morally unjustified laws like ownership of a gun and others).

However, if you committed this same act of mortal self-defense in, say, Texas, you are considered innocent. In both cases, you did the same act of righteous self-defense, but in one place you were called a criminal, and in the other place you were not. However, in both cases you were morally justified, and the only deviance in criminality is the state-defined laws which defined a cultural criminality that is unjust when it opposes objective morality.

Sadly, the morally innocent person who defended themselves in Manhattan will now be subjected to other immoral consequences, including robbery by the state (fines), robbery of the personal property (seizure), kidnapping (arrest), slavery (prison), and assault (inevitable consequence of prison); all despite committing no moral wrong. The Texan in this example, on the other hand, faces none of this immoral judgment.

Historically, it does well seem that the greater the power of a particular government, there is a closely correlated distance between morality and the definition of criminality. The more power that a government has, it seems, the further that criminality is linked to morality. Criminality becomes a mask for state-sponsored criminality against the innocent citizen who is called a criminal, for the purposes of government gain. The state creates victims of innocent people in the pursuit of personal gain. What can be gleaned from this? It seems clear that in order to minimize the gap between morality and criminality, so that the state definition of criminality is closely tied to the moral definition of criminality, is to limit the size of government. One of the great problems with America is that the federal government has far too much power. The United States would actually be far more ethical if the federal government did not have the power to mandate laws, and further if individual communities were able to choose their own laws, instead of large governments choosing this law for them.

The greater the power of the government, the greater that state-sponsored criminality against innocent citizens. Therefore, limited governmental power is one solution to overcoming this disparity between criminality and morality. Laws against actions which do no harm should be abolished. For example, licensing for the sole purpose of enhancing government power should be abolished, such as driver’s licenses, mandated car insurance for profit, business licenses, even marriage licenses.

Taxation in which the people have no say who gets the money, and of which most or all goes to pay the salaries of those creating the tax laws, is unethical and should be abolished. And most of all, the ideology of criminality for nonviolent “offenses” and non-harmful activities (such as forgetting to renew your driver’s license) is immoral, and people need to be deprogrammed from accepting that such actions are “criminal” in the first place, because morally, they are not.

Need money for college? Don’t take out a student loan! Here is what you should do instead, and why

The online dating world and women with fake profiles