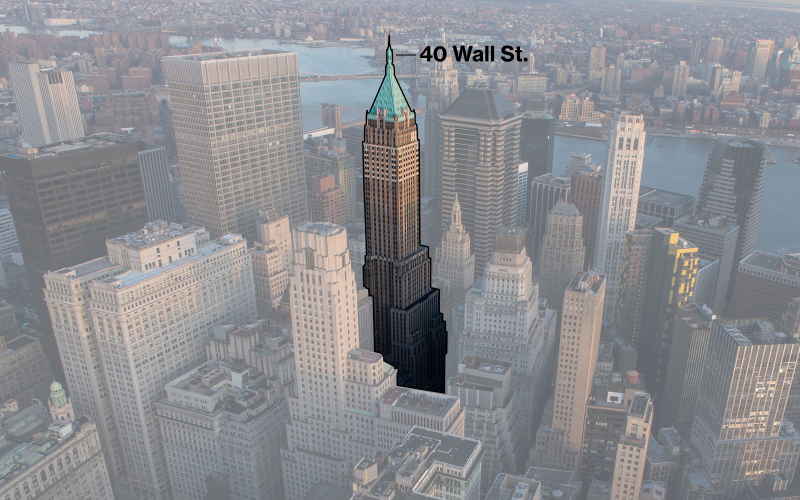 Claim: After 9/11 when the World Trade Center was destroyed, Donald Trump bragged about having the tallest building in Manhattan.

This is absolutely false, as you will see by the evidence below. Trump never bragged about having the tallest building in Manhattan. In fact, Trump was emphasizing how terrible the attacks were and actually never once bragged about this. Liberals are trying to make Trump out to be some insensitive, egotistical guy, but in reality the liberal media just is trying anything to bash Trump, even twisting around and making up total lies to meet their agenda by bashing Trump.

The liberal media will use anything, true or not, to try to defame Trump and promote Hillary. They made up all kinds of lies about Trump to try to create sensationalism among other liberals. It is very clear that this claim is nothing more than liberal propaganda.

Snopes, which is just another liberal media propaganda machine, tried to say it’s “mixed” and “up to interpretation”, but in reality they even posted the fake ads made up by the liberal media saying that Trump had been bragging when in reality, Trump said no such thing.

Here is the full part of the interview that the liberal media took way out of context, which was part of a news interview. Trump was only responding to a direct inquiry where he was asked about his building, 40 Wall Street, by a news reporter during an interview:

First Reporter: Donald, I understand, you were actually a witness to what happened this morning.

Donald Trump: Well, I have a window that looks directly at the world Trade Center and I saw this huge explosion, I was with a group of people and I, I really couldn’t believe it, and even, I think worse than that, for years I’ve looked right directly at the building. I’d see the Empire State Building in the foreground, and the World Trade Center in the background, and now I’m looking at absolutely nothing. It’s just gone. And it’s, just hard to believe.

Allen Marcus: Donald, Allen Marcus here. Uh, your building is uh, Trump Tower, is the – one of the great tourist attractions in the world, it’s well-known universally, are you taking any, uh, precautions there in light of what happened at the World Trade Center?

Donald Trump: Well, Allen, we’ve always had, as you know, very very strong security, but there’s very little you can do about planes crashing into a building. You look at Larry Silverstein, is a terrific owner in New York and a very good friend of mine who I just called, I was very worried about him, because I assumed he was maybe in the building. He took possession of the building one week ago. As you know, he just bought the World Trade Center.

Donald Trump: And, he was in his office, and he was getting ready to move into the World Trade Center over the next two weeks, so, when I just spoke to him, there’s nothing you can do when people are going to be bombing planes at your building. Now, I guess maybe the world is gonna be changing and maybe you/re gonna have F-16’s flying all over the city and such, but, it’s a pretty tough situation.

Allen Marcus: Donald, uh, you have one of the landmark buildings down in the financial district, 40 Wall Street. Uhh, did you have any damage, or did, you know, what’s – what’s happened down there?

But they have between a foot and 2 feet of debris, right in front of a building, that’s probably, you would say Allen, around six or seven blocks away.

Allen Marcus: Trump Tower is one of the great tourist attractions in the world, are you taking any precautions?
Allen Marcus: Did you have any damage, what’s happened down there?

So the reporter was

Trump had several reasons to mention the height of the building, which was directly relevant to the conversation:

Donald Trump: I have a window that looks directly at the world Trade Center and I saw this huge explosion.
Donald Trump: we’ve always had very strong security, but there’s very little you can do about planes crashing into a building.
Donald Trump: it’s probably seven or eight blocks away from the World Trade Center, and yet Wall Street is littered with two feet of stone and brick and mortar and steel

Trump didn’t just come out of the blue to mention that he had one of the largest buildings in Manhattan. It was directly relevant to the conversation.

When the liberal media said that Trump bragged about having the tallest building, the liberal media was not just saying that Trump made a statement of fact. What they were clearly implying was that Trump was being insensitive to the deaths of thousands of people by being opportunistic and using the situation to brag about how great he is. But this is completely false and a false narrative, this is not what happened at all.

So, this myth is busted, it is simply a lie made up by the liberal propaganda machine to try to turn people against Trump and create sensationalism off a false narrative.

Snopes also lied by giving false information regarding 40 Wall Street not being the tallest building in Manhattan at the time, which is also False.

Snopes: the office building at 70 Pine Street is listed as being 25 feet taller than 40 Wall Street (although it has four fewer floors), so perhaps Trump could be considered to have been “bragging” for claiming an honor that wasn’t actually his.

40 Wall Street actually remained the tallest building in Downtown Manhattan until 2014 when the One World Trade Center was complete.

The whole point was that 40 Wall Street was the tallest building in the area, and this factoid was directly relevant to the facts stated above.

Wikipedia: 40 Wall Street: Was the tallest mid-block building in the city until the completion of One57 in 2014.

Yes, it is apparent that Snopes is utilizing their clear and outspoken liberal bias to manipulate Snopes readers.